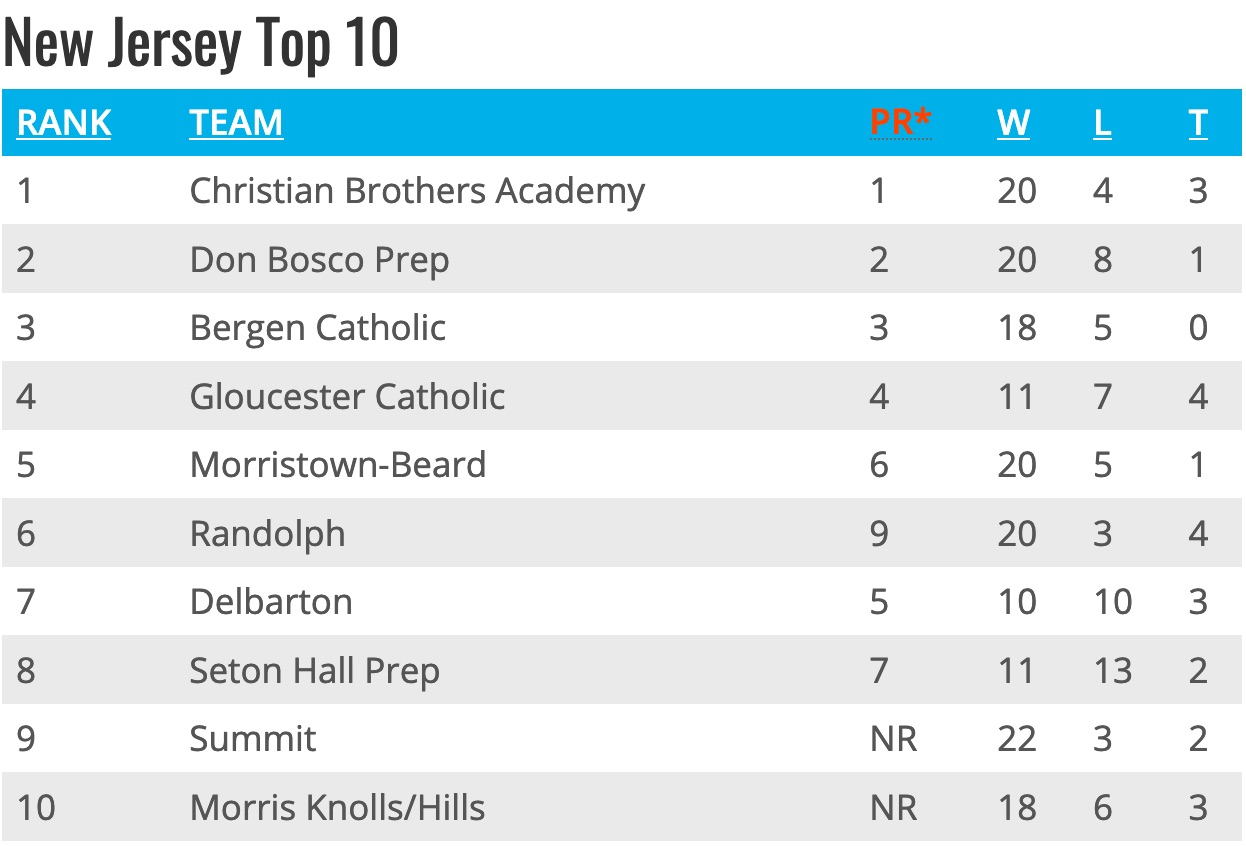 Summit (22-3-2) NR The Hilltoppers showed how to close out a season in fine fashion, going 15-0 to conclude the 2020 campaign. The Union County power capped its impressive winter with a 5-2 victory over Ramsey in the NJSIAA Public C championship – the third straight title for the club and fourth in its five trips to the state final. Along the way Summit also won the championship of the Union County Tournament as well as the McInnis Cup. The Hilltoppers, who were ranked fourth in the preseason Top 10, skated to a scoreless tie with sixth-ranked Randolph and defeated No. 10 Morris Knolls (6-2) this season.