NJ.com has recognized outstanding high school ice hockey siblings (girls & boys) in New Jersey.  Whether scoring points,  shutting down an offensive or making the save,  these siblings have made significant contributions to their teams.

Congratulations to Summit’s own:

The Hilltoppers can score points in bunches and these sisters have played a vital role in Summit’s offensive explosion throughout the season. Their point totals, Emily with 26 and Caroline with 25, are second and third best on team, respectively, as part of an offense that has scored at least six goals in a game 10 times this season en route to a 12-5-1 record. 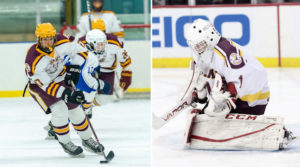 Tom enjoyed a new level of success in his sophomore season and that has carried over into an even better junior campaign. His next goal will give him 20 for the first time in his career and he’s already at a new career high with 42 points. Nikita has been simply dominant between the pipes but hasn’t seen action this season because of an injury. He had eight shutouts alone in the 2017-18 season and a return to form this season would have put the Pryymaks much higher up on this particular list. 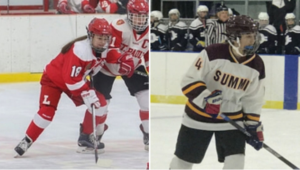 Sydney was on the Summit team herself last season and set a freshman single-season record with 18 goals and 14 assists. She continues to be a key contributor on Lawrenceville. Taylor, meanwhile, is in the midst of her debut season for the Hilltoppers. One of the team’s top centers, Taylor has eight goals and eight assists so far.

Read the full article at NJ.com.